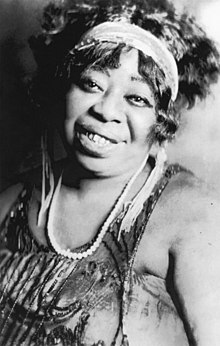 The story of “C.C. Rider.” The very first to call out the name was pioneering blues babe Ma Rainey. In 1924 she waxed a number called “See See Rider.” That’s S-e-e S-e-e. She wasn’t sayin’ a name, she was tellin’ you to look out. Ma Rainey was the first to record it, but those in the know figure the Wee Bea Booze version to be “the original one”. In all, there’s been over a hundred different versions of CC Rider recorded. Mitch Ryder, Lead Belly, Lightnin’ Hopkins, Elvis, the Everly Brothers. Over a hundred versions–and every version has it’s own interpretation. Some say C.C. is an Easy Rider, a good lover.  Others say C.C.’s a freeloader. Maybe it’s a train—the Colorado Central—or maybe someone who hitches a ride on those rails. Probably the most famous recording of “C.C. Rider” comes from Chuck Willis, a rock n’ roll pioneer known for comin’ up with a dance called the stroll.