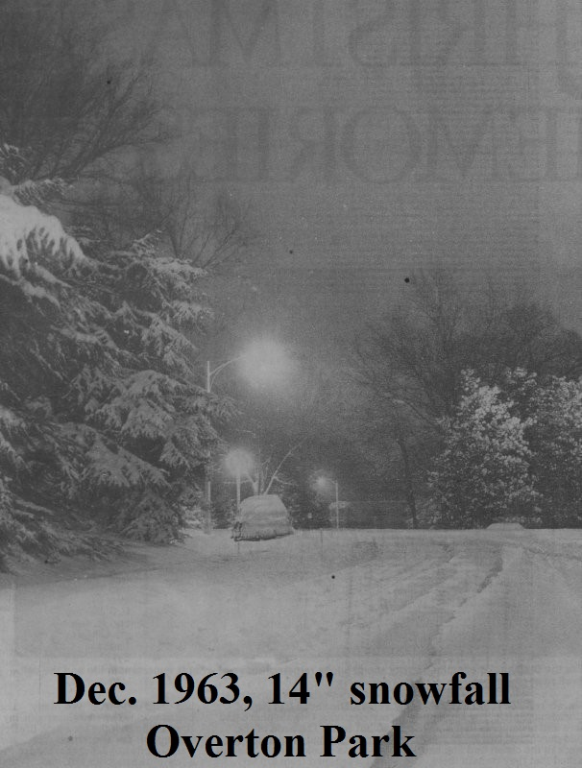 Speaking of Memphis memories, weather, and Christmas, we were, weren't we? Here's a picture and a narrative written by a Central graduate that addresses all three.

My friend, I want to wish you a very Blessed Christmas and a joyous New Year!

The snowflakes began to fall softly, feather like and sparingly as we drove to church on that Sunday morning before Christmas (Dec. 22). The weatherman had predicted no accumulation, but still my hopes were sparked for at least a dusting of snow for Christmas.

It had been a dull and depressing few weeks following the assassination of President Kennedy, and we all were in need of a joyous holiday season to counteract the gloom of November 1963. I was 14 years old. To me, snow was (and still is) a wondrous beauty, a quiet peaceful world of white and an opportunity for reckless abandoning fun!

When we walked out of church, snow had covered the ground, and by late afternoon, several inches had accumulated.  We awoke Monday morning to 14 inches of icy wonder and below-zero temperatures were predicted for later Christmas week.

During the days ahead, most people in the city were stranded. Indeed, shopping pretty much came to a halt. Presents purchased prior to the big snow would have to do. Parties and holiday gatherings had to be canceled. Travelers were stuck. And my cousin, Beth Jones, who was only 11, was going to have to stay in Memphis with us. She would not be able to get home to her family in La Grange, Ga. The best Christmastime of all had begun.

It was a memorable week. Worried about my cousin’s homesickness at Christmastime, my family wrapped several presents for her and included her in the stocking-stuffer fun. On Christmas Eve night several brave family members got out sleds, put on several layers of clothes, and pulled and pushed each other to the “sledding hill” at Brooks Art Gallery.

We raced down the hill by the light of huge bonfires that had been built in trash cans. Before our fingers and toes were completely numb, we trudged over to the Overton Park lake, which had become a solid sheet of ice. Though we were beginning to feel the cold in our bones, we skated, determined to be able to say that we had actually been sledding and ice skating on Christmas Eve in Memphis. Having thoroughly exhausted ourselves, we made it home to hot chocolate and sandwiches in bed.

Christmas Day was a blur of humor, warmth and light. I didn’t notice if I had fewer “bought” presents. I had the joy of the season, the beautiful white blanket of ice and snow, sledding and ice skating for days, my crazy wonderful family and my stranded cousin-my best-friend cousin-staying with me. These were holiday presents to be treasured in my memory forever. 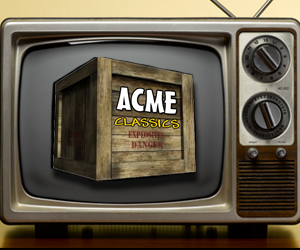